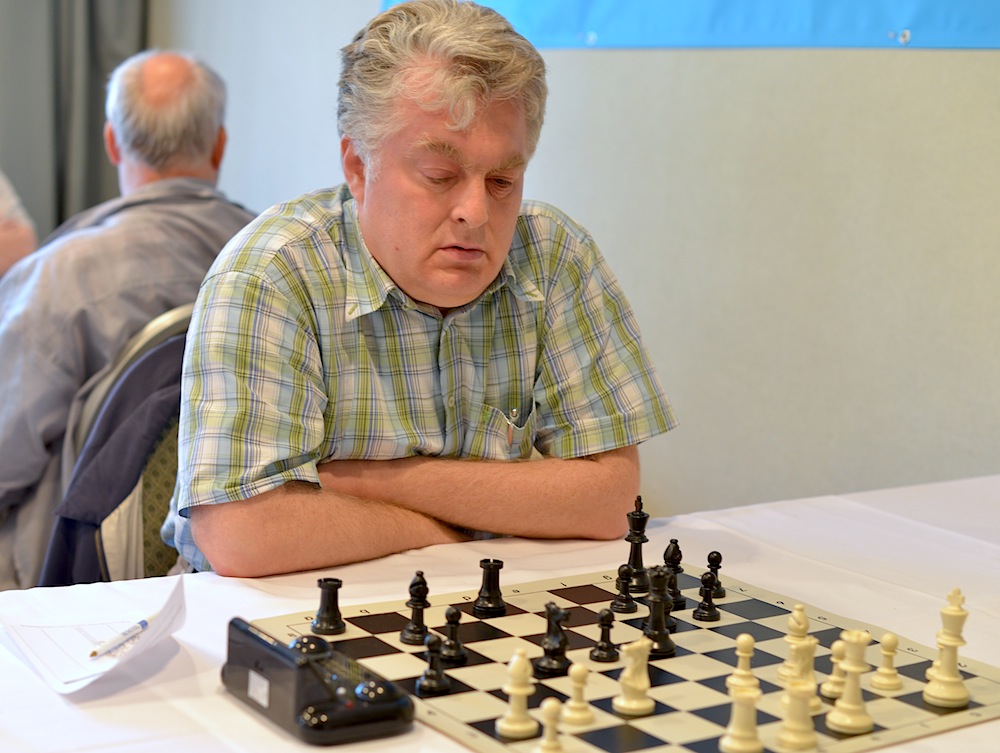 The Tournament ended in a 4-way tie for 1st place between GM Alexander Ivanov (Champion on tie-breaks), GM Sergey Kudrin, IM James Rizzitano, and FM Nathan Resika, who all scored 5 out of 6. 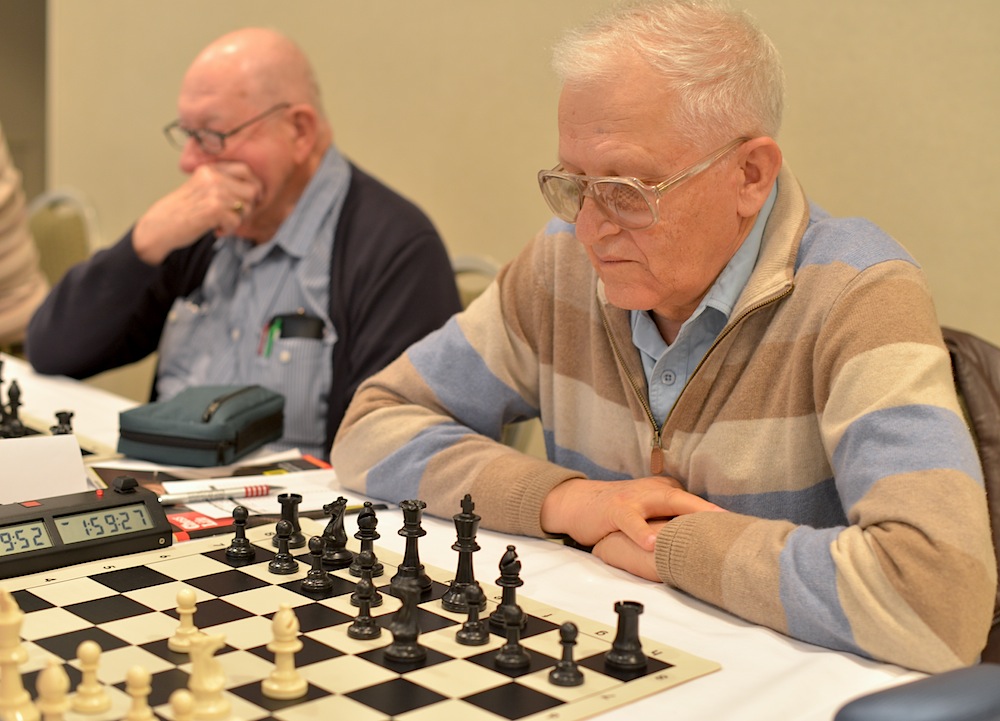 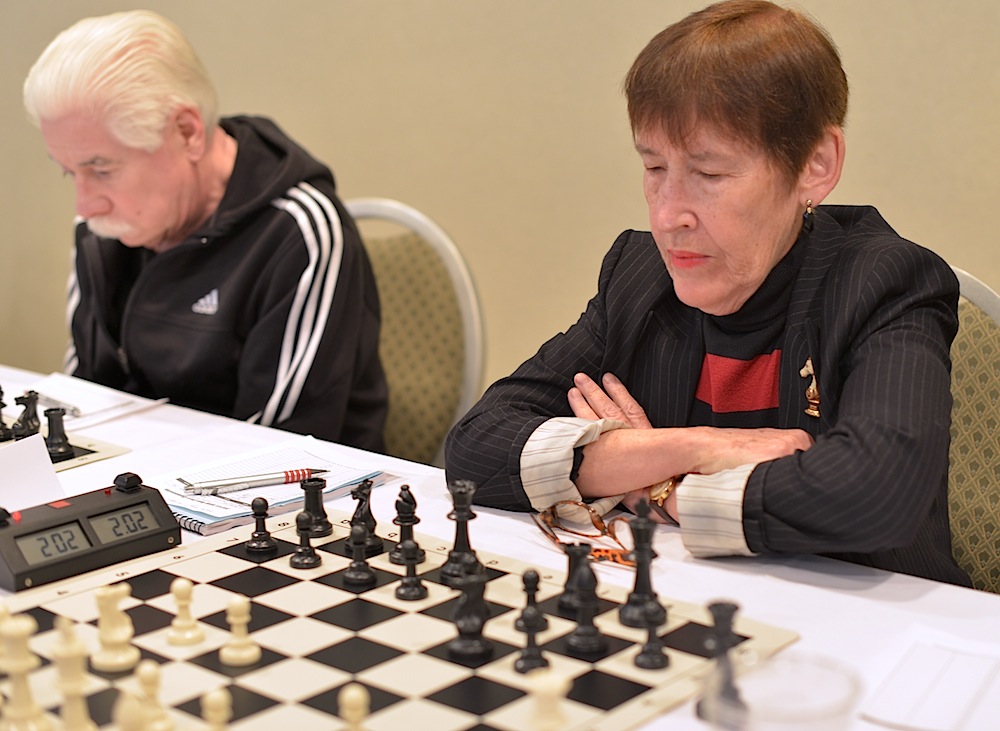 WIM Dolly Teasley found her form and took a share of the 2nd place prize (Under 2300) as well as the $350 best woman prize! (though, sadly, only 3 women participated in the event).

Ivanov’s wonderfully masterful preparation against IM Bonin showed he was a deserving champion. Below you will find games annotated by the 4 winners:

“After four rounds there were four players leading the tournament with three and a half points. The pairings for Rd 5 for the top two boards were: Ivanov 2641–Bonin 2405 and Kudrin 2580–Shapiro 2304. I realized I needed a win in order to fight for first since Sergey was going to be my last round opponent even in case of a draw in one of these games.” Alexander Ivanov

“I walked into the tournament room on Thursday night and saw several players I had not played against in more than 30 years. I remember thinking “Is this what it all comes down to? Those 30 years sure went by quickly!”. The board 1 game Kudrin-Ivanov was a quick draw so I knew early on that a win would tie for first place.” – James Rizzitano 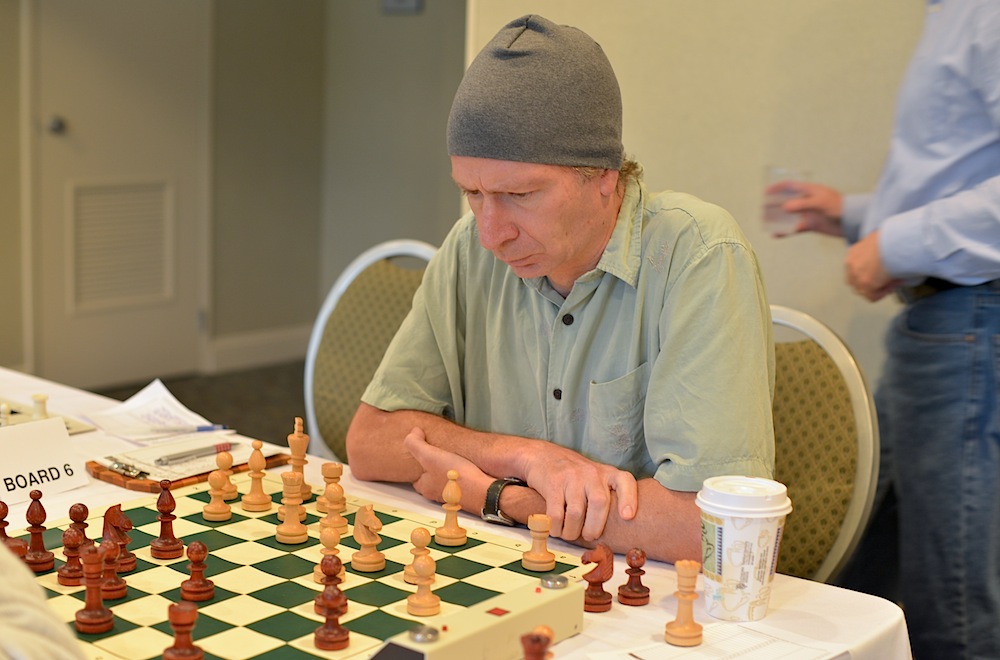 Nathan Resika decribed his cute underpromotion in his final round game with Croatia bound Leonid Bondar as “not entirely necessary but definitely the simplest win.”

“My last round opponent had beaten 2 National Masters and drawn dangerous NuyoRussian master Yefim Treger. His opening innaccuracies on moves 12 and 20  gave me a healthy advantage. He also engaged in a policy of trading pieces, perhaps in hopes of a draw. However, my studies last year of Ulf Andersson’s games paid off as his 15th (Bxg2) and 19th (Bxb2) trades made White’s edge decisive. My under promotion on move 60 was not entirely neccessary, but  was definitely the simplest win. It meant a lot for me to tie for 1st place in my first U.S. Senior Open championship. It was also an honor to share the prize equally with one of my first teachers, GM Alexander Ivanov, as well as two other New England legends, GM Kudrin and IM Rizzitano.” – Nathan Resika